This is a simple, yet powerful technique to help release emotional ties to old (or present) events that we

no longer need to hang on to. You simply write letters to whoever you have unfinished business with IN

PENCIL and then you burn them. We are carbon based beings, pencils are carbon and the burning takes

them through the final carbonization phase. What happens is a deep release from the cellular level of that

which no longer serves you. You release what is no longer to your highest good. 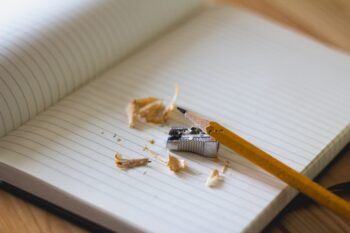 You can write to anyone. Bosses, parents, siblings, spouses, God, neighbors, yourself, the world. There is

everything out. See the person in front of you if that helps. Think of the situation you are mad, sad,

furious, envious, jealous about. Cuss like a sailor. Tell them off if that is what you need to do. DO NOT

HOLD BACK! Don’t be surprised if your writing starts out neat and tidy and changes to big dark scribbly

lines. Stuff may come up that you didn’t know was hiding within you. Do not censor yourself. This is

your time to be free to say and think whatever you want. No limits. Just release.

When you are done, burn it. DON”T WRITE IT AND THEN LET IT SIT AROUND. Your writing will

stir stuff up and you want it gone. Write it in pencil and then burn it. You can burn a sage leaf or two and

then put the letters in. Make sure every bit burns. Many times a little corner of a page will try to remain.

Burn every bit. Dig around through the ashes and make sure everything is gone. Don’t be surprised if one

letter burns differently than another. The smoke can be different, despite being the same paper. One letter

may burst into flames, while another may need to be relit again and again.

As you watch it burn, tell yourself that you are releasing all of this junk from the depths of your body,

from each cell. You are letting this go from a place of love and compassion for yourself. When the

burning is complete, fill yourself with light and energy. Know that this positive healing energy will fill

the spaces where you released the old. Spend some time in this beautiful space of wholeness. 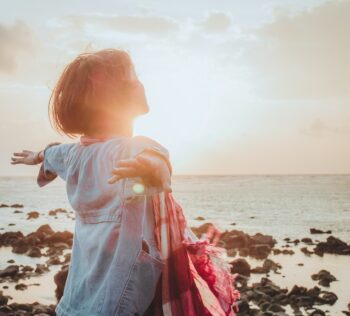 Many times writing a single letter does it. You think about the experience or the person and you can

remember it, but the emotional punch is no longer present. Sometimes a particular issue or person requires

more than one letter. You may find yourself writing what seems to be the same letter to the same person

over and over. Be assured that every time you write and burn, you release another layer. Just keep at it.

This is a wonderful way to get current with your emotions, meaning you get to be fully present in the now

instead of being bogged down by the past.

An interesting side note to this process is that if you are writing to a person, they energetically get it. So it

is a great way to release old energetic ties between you and someone you don’t want to be tied to. You

liberate yourself, as well as them. A great example of this is when a young man wrote to a boy he

considered to be his best friend in high school. This boy started out as a buddy but then turned into a

bully. He made fun of this young man and made him the butt of his jokes. In his letter he let this boy have

it. He put all of his emotions down in pencil. He wrote how he had felt, how hurt he was and that he

wanted an apology. He burned it, felt great and didn’t give it another thought. He no longer had an

emotional trigger to that boy. About a month later, out of the blue, the boy (who was now a young man)

showed up at his door. He told him he didn’t know why he was there, but for some reason he was

compelled to come and apologize for how he had treated him in high school. The young man was totally

shocked and also empowered. He accepted the apology and they parted ways. They were both free of that

time, of those negative energies that could have kept them restricted and connected for life.

You can use this process to address the past, but you can also use it to make sure nothing is building up.

Sometimes it is nice to just sit down, pencil in hand and see what you start writing. Is there anything that

happened in the past week that needs to be released? No matter how small or insignificant, write it in

pencil and burn it. This works great with kids as well. Even if they aren’t old enough to write, let them scribble if they are

upset. It is amazing to see how much they release, even at a young age. What a gift to teach them this

simple, yet powerful technique to stay current with their emotional states.

Photo by Angelina Litvin  and  Fuu J on Unsplash